Nagoya: May the Sashi Odds Be Ever In Your Favor 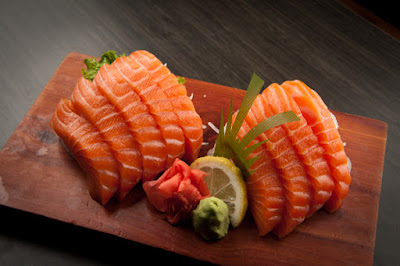 When you go to Japanese restaurants and avail sashimi, you're probably thinking of raw fish only. Here's the catch: The word sashimi consists of two words: SASHI and MI. The definition of the former is 'Pierce, ' and the latter is simply 'meat.' Therefore, sashimi is quite defined by the practice of preparing and eating it raw than the ingredient itself.

Here are seven types of meat that can be eaten raw – but only if prepared correctly and safely. 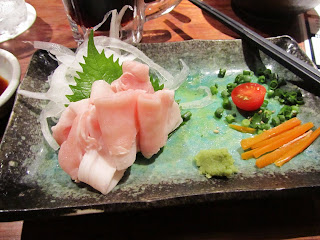 In 2012, some restaurants in Japan took off  Beef Sashimi from the menu, then added a new dish: pork liver sashimi. But in 2014, Japan’s Ministry of Health decided to go further and ban the consumption of raw pork liver and raw pork meat.

While raw pork got outlawed in Japan, it’s still available in Australia — though not in a traditional style. It is made from "Kurobuta." It is a black pork meat and sliced into thin pieces and comes with dashi jelly, mâche, and a salty caramel sauce. 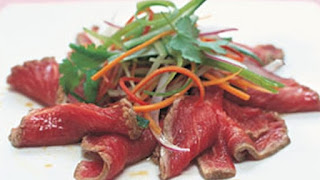 Marbled Wagyu beef is such a heavenly treat for steak lovers; the same goes for sashimi cravers. The red meat, interspersed with white, thin ribbons of fat, is just simply irresistible when consumed raw. Instead of shoyu and wasabi for dippings, chefs usually serve gyusashi with ponzu — seasoned soy sauce with vinegar — with shiso leaves as a topping for the beef.

Meanwhile, another cow-made sashimi, Rebasashi, used to be available in Japan. Rebasashi is raw beef liver. The Ministry of Health, Labor, and Welfare banned the selling in mid-2012 to prevent food poisoning. But when it was still available, the red organ was served with chopped green onions and a sauce seasoned with grated garlic. 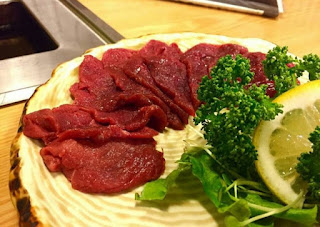 Eating horsemeat is a practice that has long lived in Japan ever since. In the late 1500s, when Japan was facing food shortages horsemeat was often used as an ingredient. But the boom in modern-day consumption began in the 1960s, at the same time that the transportation scene vastly changed. Horse-farm owners in Kumamoto prefecture were trying to find ways to deal with animal overpopulation. That was how basashi, or raw horse meat, hit the market.

Basashi earned its nickname SAKURA NIKU (pink meat) from its delicate pink color. For best taste, the meat is eaten with grated ginger and sweet shoyu. Shredded daikon and shiso give the mellow meat a clean mouthfeel. 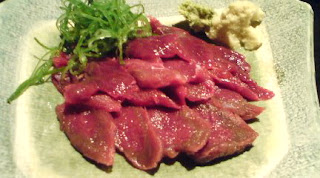 Shika means ‘deer,’ so SHIKASASHI means raw deer meat. The color of venison sashimi is so red making it easy to assume that the sashimi is tuna sashimi. It’s not thought of like a weird dish in Japan, but it’s only offered in some parts of the country such as Wakayama.

According to some raw food enthusiasts, SHIKASASHI is perfect with grated garlic, chopped leeks, ground ginger, and soy sauce. 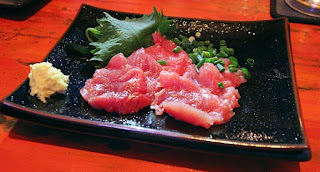 The Bonin Islands is probably the only place you could go if you are craving sea turtle sashimi or KAMESASHI. Also known as the Ogasawara Islands, they’re about 600 miles south from Tokyo.

The preparation of KAMESASHI begins by cutting the turtle’s carotid artery, then pumps out the blood by pushing its heart. While the fins, plastron, and intestines are used for stew — another sea turtle specialty — the breast muscle is reserved for sashi.

Meanwhile, Kamesashi isn’t available all year round. The season starts in early April, when annual licenses are issued, and only lasts for a few months. Local restaurants usually serve the red flesh until they run out.

Now, are you brave enough to eat these odd delicacies?